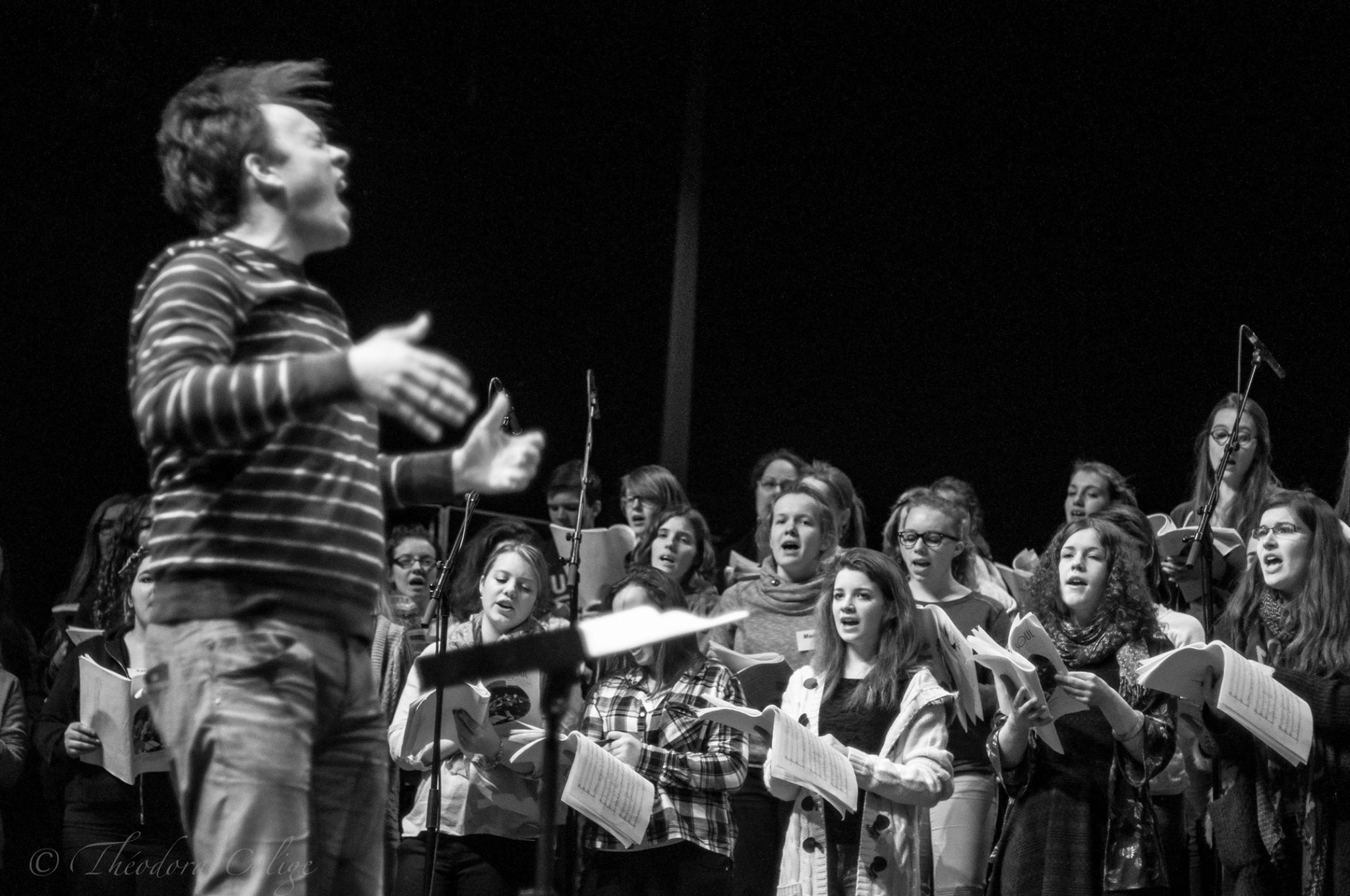 Composer, pianist and choir director, Olivier Bilquin is awarded a diploma by the Conservatoire Royal de Musique of Liège. Attracted by diverse classic or popular musical styles, he does not hesitate to mix their codes and tones. Olivier Bilquin composes so regularly for the theater and assures the musical direction on various shows. His arrangements for pop choirs are considered beyond the borders, some are published in the A Cœur Joie France Editions.