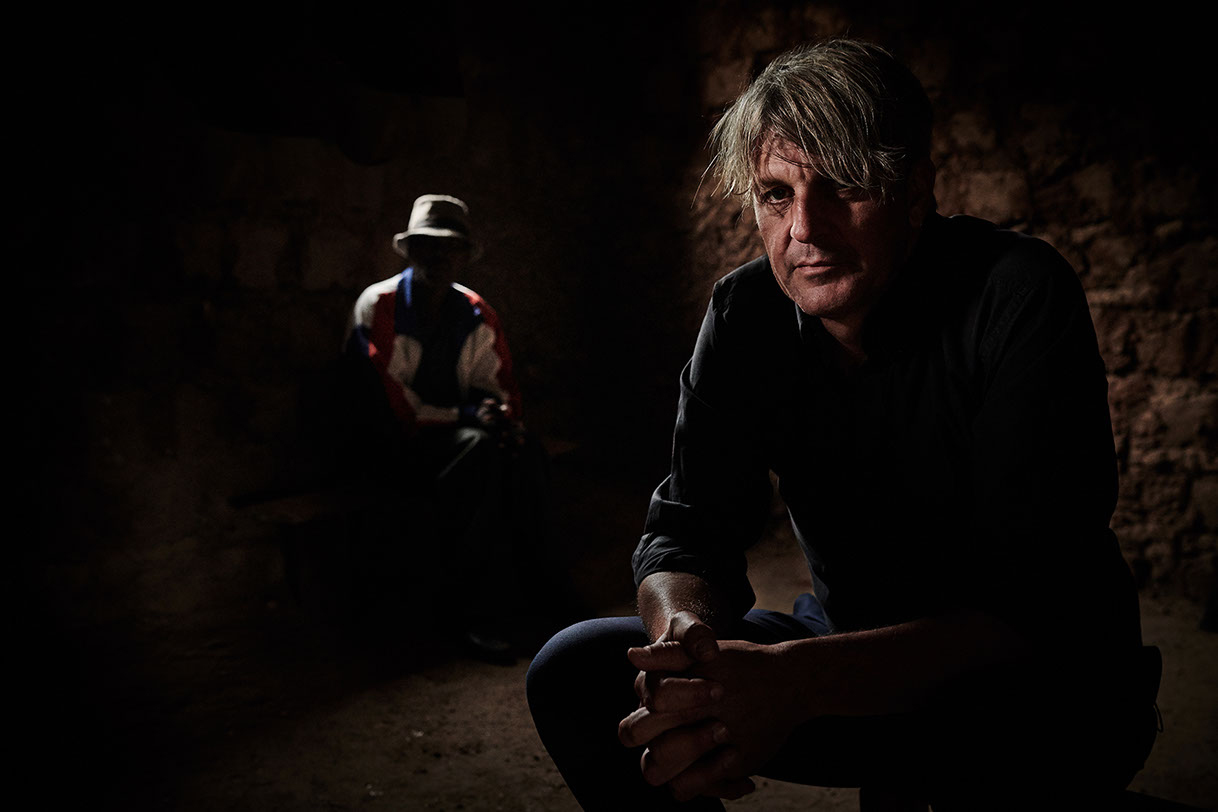 Mario Goossens (1972) to the public known as the frenetic drummer of the award- winning Rock band TRIGGERFINGER.

The band acclaimed international success with their playful acoustic version of Lykke Li‘s ‘I follow Rivers’. It went viral all over the world and became number one in several countries.

He started playing the drums at the age of 6 after his parents found out he trashed all buckets, glasses, cups and chairs at home by using them as a drum-kit. After years of drum lessons and exercise, Mario went to New-York in 1996 to study drums with guru Dom Famularo.

Then Mario’s career took off:  a wide range of producers and bands asked him as session drummer and/or producer. (Hooverphonic, Milow, Arno, Balthazar, Black Box Revelation and many more).

In 2010 he won the award as Best musician of the year by the Belgian Music Industry awards.

The set off for his career in film and TV scoring was in 2012. Mario produced the soundtrack for Peter Monsaert’s debut movie ‘Offline’ with his fellow musicians of Triggerfinger.

For more than five years now, Mario has been operating from the ‘Gorio Hills’ studio, based in his home near Hasselt, Belgium: Writing, producing and composing.

They also pimped a Dutch children’s series from the Seventies to a modern 2.0 version. They wrote, performed and recorded the complete soundtrack (Film, Fabeltjeskrant, 2019).

‘Paradise City’,(TV, 2019) a Documentary series in which Mario and co-writer and producer Karel Van Mileghem dwelled disaster-stricken cities around the world such as Hiroshima, Belfast, Port-au-Prince, Detroit, New Orleans and Kigali in search of the meaning of music for the recovery of those communities. Mario and Karel wrote, performed and recorded the complete soundtrack.