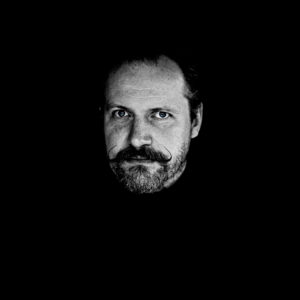 Belgian composer, multi-instrumentalist, and producer Jeroen Swinnen has carved out a reputation for fusing brooding string scores with electro-synthpop, post-rock and indie sounds. Aside from years of touring with some of Belpop’s finest alternative acts, he more recently branched out into television soundtracks, including the acclaimed score for “Hotel Beau Séjour” and “The Twelve” on Netflix.

Even though he began his career writing songs and playing keys in electro-punk bands like Vive La Fête (a side-project from dEUS bassplayer Danny Mommens and Els Pynoo), Swinnen’s entry into the world of almost neo-classical television soundtracks is no accident – both his parents are classical musicians and from a very early age he was surrounded by music. Rooting himself in the piano, he later also picked up the bass, guitar and also fronted bands as the lead vocalist in his teens and early twenties.

Vive La Fête was Swinnen’s first major international touring project, which was discovered by Karl Lagerfeld and resulted in a host of catwalk shows and events with Karl himself. They travelled the world and had great success with the radio hit “Touche Pas”, co-written and produced by Swinnen. Being the producer of the track he started getting requests to produce for other projects too – a stepping stone to signing a major publishing deal with EMI. This introduced him to the world of songwriting for and with other artists, whilst also continuing to tour, write and produce for the most popular acts in the Benelux region.

From headlining festivals with electro art-pop acts like Daan, to the alternative singer-songwriter sounds of Novastar, Swinnen’s soundworld was somewhat of a wild rollercoaster. Gold became multiplatinum, and sure enough the producer making ‘local hits’ became the producer making international ones. Tom Dice’s “Me & My Guitar” took-off in Scandinavia, Germany, France, the UK and of course Belgium. Being the ‘go-to’ producer, it made sense that in 2015 he was approached to be the musical director/producer for the insanely popular TV-format “for the love of music”. Jeroen and his “wrecking crew band” recorded 49 songs every season, and consistently landed in the top 3 best selling albums of the year.

The TV world certainly had him hooked, and soon enough Swinnen was writing and producing epic soundtracks for TV. Sure highlights include the award-winning dark Netflix series “Hotel Beau Séjour” and the mind-blowing drama “The Twelve”, of which was aired on Channel 4 in the UK and championed by Ricky Gervais nonetheless! Weeks turned to months, and before he even realised Swinnen had created soundscapes for countless shows – “Chaussée d’Amour”, “GR5”, “Beau Séjour 2”, “Red Light”, “Before We Die” (UK remake) and his most recent work “Transport”.

His latest project is a partnership with Unified Songs, pulling together some of the very best alternative-pop artists and linking them with tv and movie opportunities. It’s a task for a maestro with a lot of experience, and Swinnen unquestionably fits the bill. A journalist described him as “The Forrest Gump of Belpop…” – he sure has touched a lot of musical bases. And the best is still yet to come.. 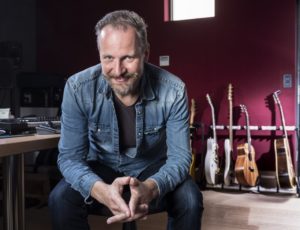