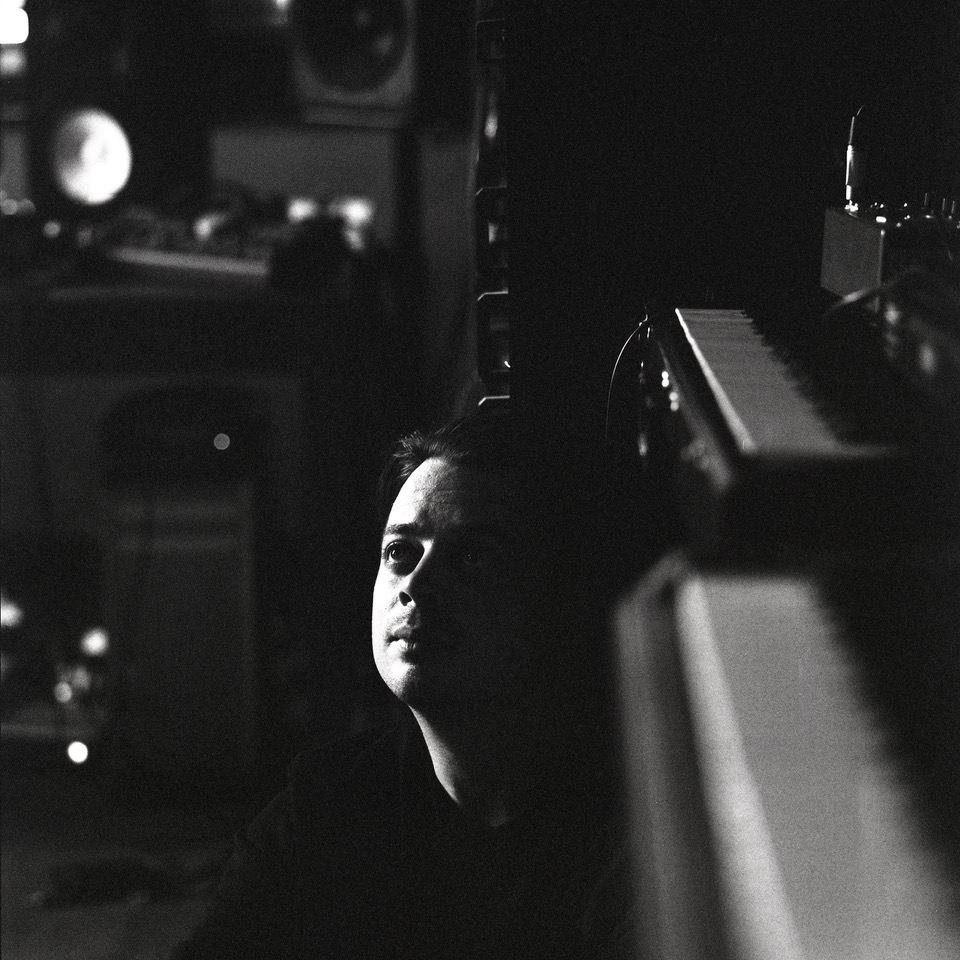 David Martijn (1980) is best known as the guitar & synth player of the award winning Belgian electro rockband GOOSE. He spent most of his formative years bent over a pedal board with a Flying V strapped around his waist before discovering a passion for synthesizers.
The visual arts were always an important inspiration for David’s work. From the cinematic energy in his own musical creations, to his love for experimenting with analogue photography. A shared love for vintage synthesizers & photography resulted in David creating soundscapes for the premiere of Carl De Keyzer’s exposition ‘Moments before the Flood (Aller Retour)’. These pieces were eventually reworked as the soundtrack for Jimmy Kets’ documentary on Carl’s work ‘OdysSea’.In 2018 David’s career as a film score composer really took off when he was asked to write the score for the prestigious TV series ‘The Day’. He composed, recorded, produced and mixed every song for this television drama. In 2019 he co composed with Jeroen Swinnen the soundtrack for Wouter Bouvijn’s new één-series ‘The Twelve” & he worked on Gilles Coulier’s 8-episode international sci-fi series ‘War of the Worlds’ ( Fox, Canal Plus ). In 2020 he will compose ‘Red Light’, a new international series written by and starring Carice Van Houten and Halina Reijn.
Original soundtrack for:
OdysSea Documentary
The Day (De Dag) Series
The Twelve (De Twaalf) Series
War of the Worlds Season 1 Series